SIMEON J. NEWMAN
The Political Development of Urban Clientelism
The growth of large metropolises is a defining feature of modernity, with profound implications for society and politics. But the literature at the intersection of political and urban sociology has focused disproportionately on the politics of urban economic growth and the growth of an urban public sphere, neglecting to appreciate the increase in the number of people living in cities. The Political Development of Urban Clientelism examines the political effects of urban population growth in 20th century Latin America — which experienced the fastest urban expansion in world history — through a comparative analysis of Lima (Peru), Caracas (Venezuela), and Mexico City (Mexico). Drawing on over 20,000 pages of archival data culled from 12 archives, I show that urban population growth was a master process that shaped national politics in the region.

In Part I, I argue that urban growth gave rise to clientelist relations which helped to cement precarious regimes in power. The poor were disproportionately represented in a wave of rural-to-urban migration that started in the 1930s and 1940s. New urban denizens often formed squatter settlements, putting millions of residents in the position of supplicants who requested permission to live on land over which they lacked legal rights and who hoped the state would equip it with urban infrastructure. State and political party officials, meanwhile, sought to harness squatters’ political loyalties to build their bases of support. This gave rise to a pattern of urban clientelism common across all three cities: officials extended tacit permission to squat and help urbanize these new habitats in ways that helped satisfy the urban poor’s basic needs, in exchange for which the leaders of neighborhood associations organized residents to lend political elites conditional support, thereby bolstering political elites in power.

Mexico provides the most dramatic example of how the concentration of the national population in the capital city furthered the concentration of power. The Mexican countryside was riven with agrarian revolt during the Mexican Revolution (1910-1920) and thereafter, leaving the post-revolutionary regime unable to consolidate rural control. It met with much better success in Mexico City, where urban clientelism helped stabilize the Institutional Revolutionary Party’s (PRI) position in power. This stability then enabled the PRI to extend its control to almost all levels of government across Mexico. In this way, urban concentration decisively furthered the concentration of power.

In Part II, I argue that even more urban growth served to dilute power. I focus on the evolution of the neighborhood-level leaders and neighborhood associations that mediated between squatters and political officials in three parts of Mexico City (Iztacalco, Nezahualcóyotl, and Tlalpan), each of which grew massively with rural-to-urban migration during the 1970s and 1980s. Under the crushing weight of population growth, ​in all three cases conflicts emerged between newer and older generations of residents centering on finite space. These conflicts were severe enough to drive newer residents into neighborhood association leaders’ arms for protection, thereby giving these leaders the ability to mobilize followers for their own ends.

Since neighborhood associations now derived authority from the process of urban concentration, they grew increasingly independent of the PRI and powerful in their own right. This allowed their leaders to peel support away from the regime, contributing decisively to the erosion of the PRI’s base by the late 1980s and helping to precipitate its decline and eventual fall. Thus, urbanization functioned as a master process in the Latin American region. It drove the concentration of power in the early-20th century across much of Latin America, and further urban population concentration helped dilute power in late-20th century Mexico City. 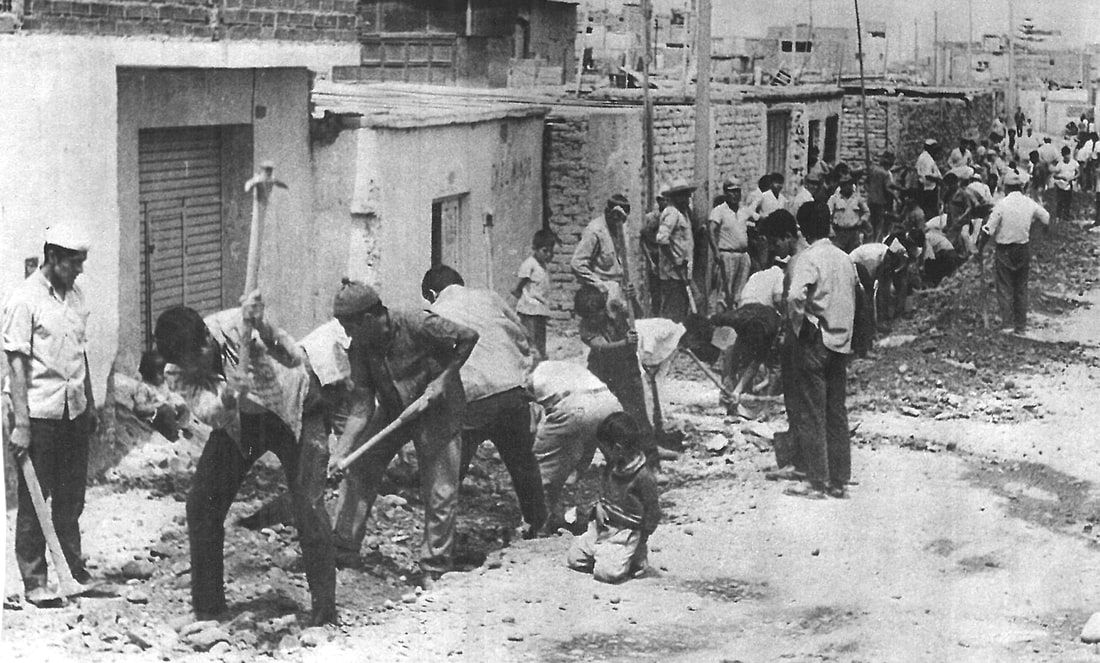